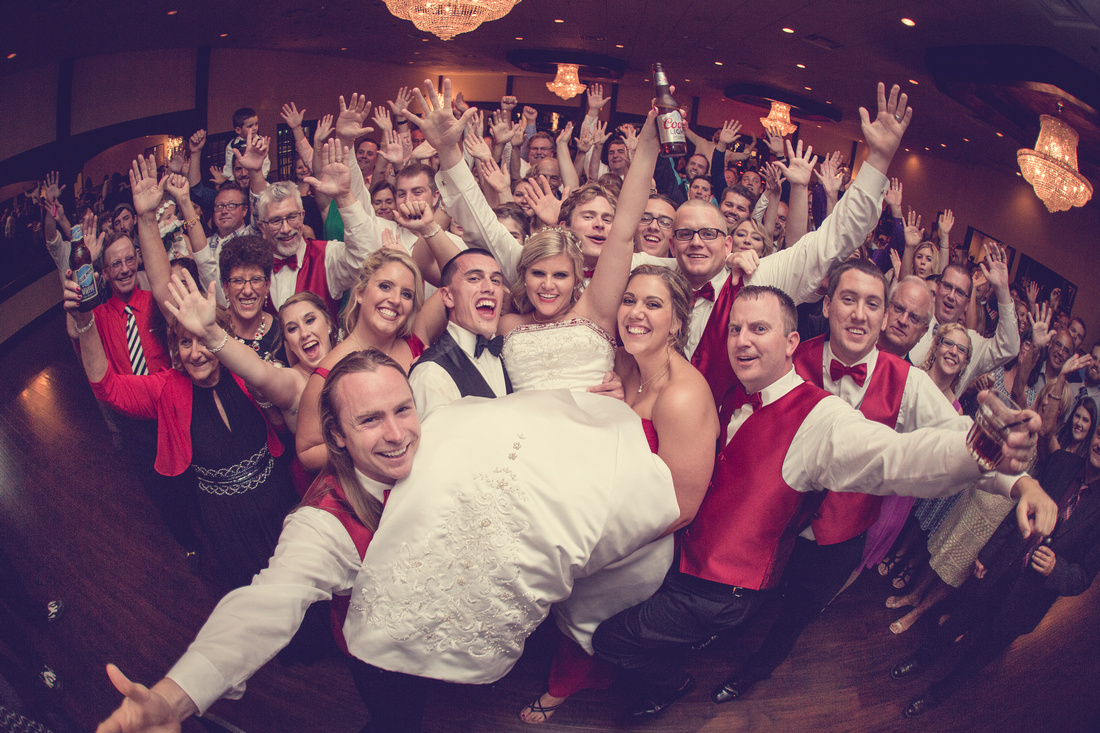 Robert: I was in the process of finding a new apartment to live in because my roommate and I were going our separate ways. Jeanna was a sales manager at a location in Bloomington Minnesota, I walked in and I was blown away by the beauty of this woman who was showing me the location of this place where I may possibly be living in. I actually called her like 2 hours after the showing and asked her questions I had already asked when I was taking the site tour because I wanted to ask her out, but I chickened out. She told me later on that If I had asked her out then, she would have said no. So about 10 days go by and she sends me an email letting me know to act fast because the places I was looking at were being sold. I end up friend requesting her that day on Facebook and she accepts. We continue messaging and I end up getting her number. We looked at a place in the same complex she lived in, she lived like 2 stories above the room I was looking at. We actually set up our first date about a week after this, since we had been texting and communicating for the past week or so. That evening, I ended up getting super hungry and we decided to go out for dinner that night instead. I felt that we really just hit it off, she got a margarita flat bread at a place that is known for having super good burgers, so I thought that was really funny.

Robert: I still tried to kiss her but she backed away, I went home that night thinking I just blew my chance to date this beautiful, bright, wonderful, sports loving woman. I woke up Saturday morning in a horrible mood, thinking I completely blew it, but she ended up texting me at 1 or 2 in the afternoon asking if I knew about a person named Chris or Kevin Hockey, who has a side gig as a country rock singer in the Minneapolis area.

Jeanna: The day before our wedding, I told Robert that I was supposed to go to that concert with somebody else but he bailed on me.

Robert: I was her back-up plan!

Jeanna: We did end up having our first kiss that night

Robert: We kissed and danced to "my kind of crazy" at the show. We also played that song at our wedding. That night, I ended up staying the night at her place and I never left. Now here we are married for 2 years, with a 2 month old baby and 5 year old puppy and we couldn't be happier. 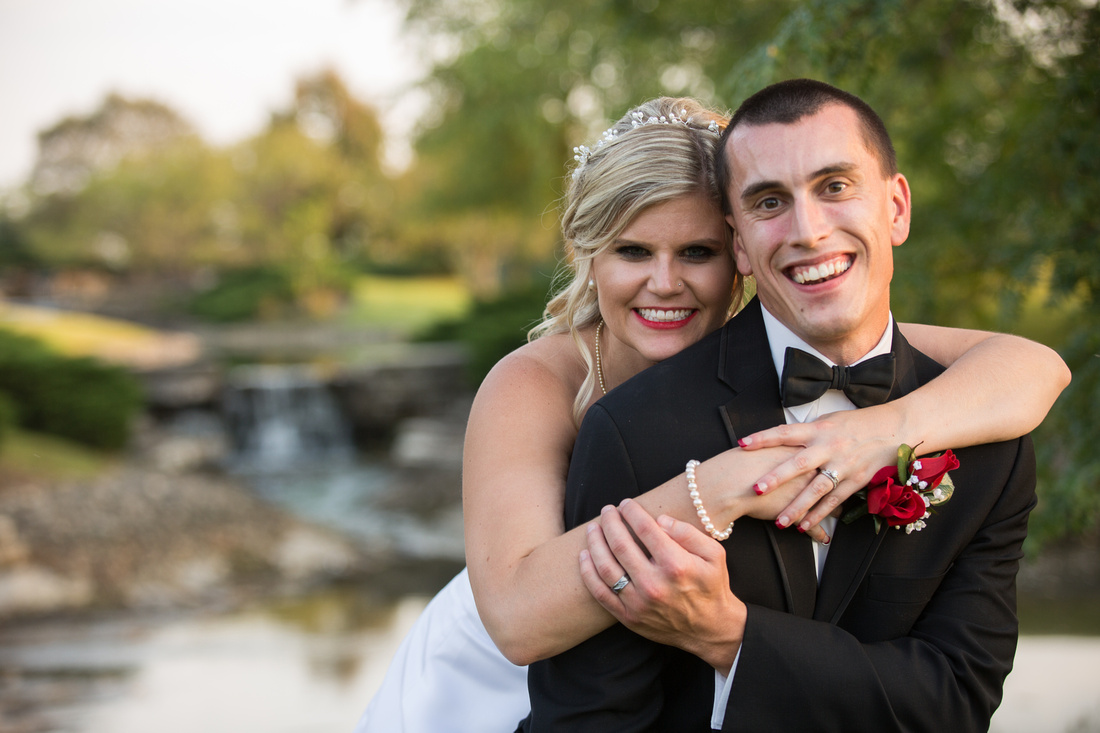 I got a job back down in the Chicago land area in Oakbrook, We were still dating but lived separately for about 6 weeks. I was home alone at my parents house on a Saturday afternoon and I knew I wanted to marry her, and I decided to just go to the mall. In fact she even started bugging me about ring ideas a few weeks before. the first store I walked into I found a diamond, a band, and it was within a price range that I was willing to spend.

Jeanna: I texted him actually to see what he was doing at the store and I asked if he was buying my ring

Robert: I had to play it off, I called her mom and her best friend what I just did. That was in November. For Christmas I got her black hawks tickets for her and I to go to the game on her birthday on February 11th. In my mind I wanted to set up a dinner with my family, her family, and her best friend so they could see me propose and then we could go to the hawks game. Jess, Jeanna's best friend wanted to take pictures of me proposing so I had to get her down here at that time

Jeanna: Robert created a big group text with everyone to coordinate times to go to dinner together. He also said it was a big day because of my birthday and everything, then his dad said in the group text, "Its a big day for you too Froggy!" which is Roberts Nickname, so I knew what was going to happen.

Robert: We knew we wanted to be together even since the October before, we even talked about kids and kids names even the first month of dating. I thought it would be funny if I pretended to lose the ring but I messed up, it was a janky proposal but the thought was still there and it was funny and just amazing. She still said yes! At that point we had to rush to the Hawks game, the Hawks got absolutely murdered that game. I've never went to a game smiling so big and leaving so happy after watching out favorite team get demolished and both of us just didn't care. We were just engaged, there as Fiance's enjoying each others company watching our favorite team on her birthday! Now her birthday is special in two ways, because we can relive how I screwed up our proposal and celebrate the beautiful woman that she is, who is now the mother to my children. 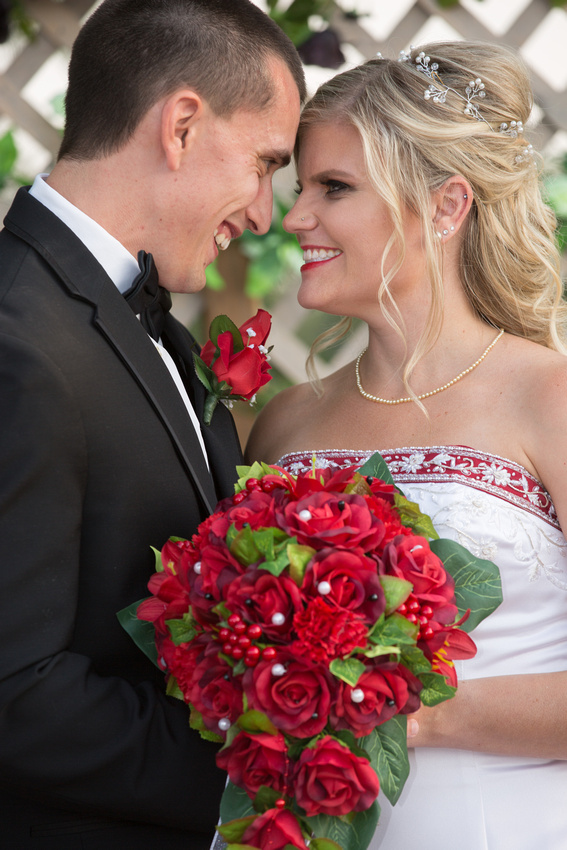 Favorite picture and why?

Jeanna: My favorite photo from the wedding was the going away shot with the song “Don't stop believing” playing. I the picture everyone is happy and excited and having the times of their lives. This was the best day of our life and that's just my favorite photo for that reason.

Robert: That is also my favorite photo as well, everyone I talked to said that was the fmost fun wedding they have ever been a part of. We aren't ones to party but if we do we want to make sure we are having as much fun as possible. Everything was fantastic, that was our goal. We just had the best, most loving and energetic people, all of our closest friends her bridesmaids my groomsman. Everyone cooperated, it was just a non-stop party all night, since we pulled up and until we went to bed that night. There is a reason we hung that picture up in our living room because we believe that photo just shows the love and happiness we felt on that day. 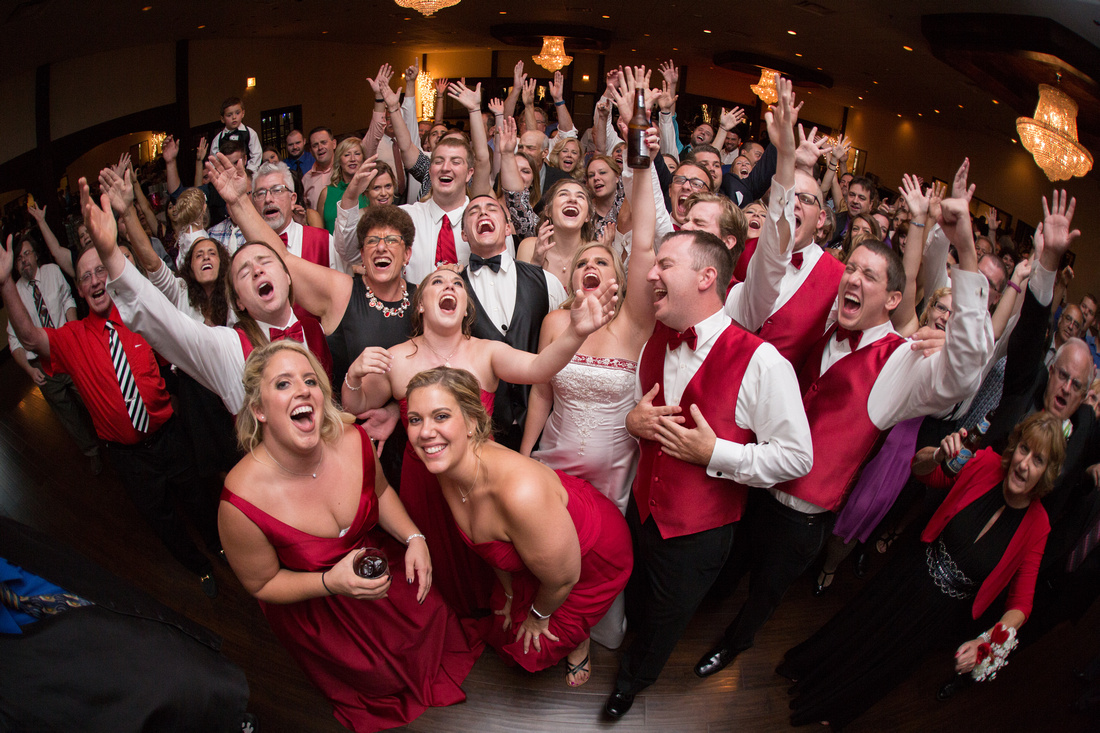 How did Valen make you feel special?

Jeanna: I actually met with Steve originally ad he mentioned that he has a dress shop too, I made an appointment to try on a dress and I fell in love with it. I was treated so great during that experience. Our Engagement session was with Kelly, We love some of those photos to this day. After these 2 experiences we could not wait until our wedding day, we were so excited to work with you again. On our wedding day you didn't rush us, you took our time, you didn't shove unnecessary positions down our throat and you just let us be ourselves, it was amazing. It was like you guys were a part of our family.

Robert. Since day 1 you guys have felt like family, letting us do some nontraditional poses and just letting us be ourselves. It allowed us to show our goofy side, One of my favorite pictures from our wedding is when Jeana was holding a champagne glass and I was in the back pointing at her like “yeah that's my wife right there” and you just don't see that in traditional wedding pictures. There's no one else we would rather have do or photography as a continuation of our lives from this point forward. No one else. 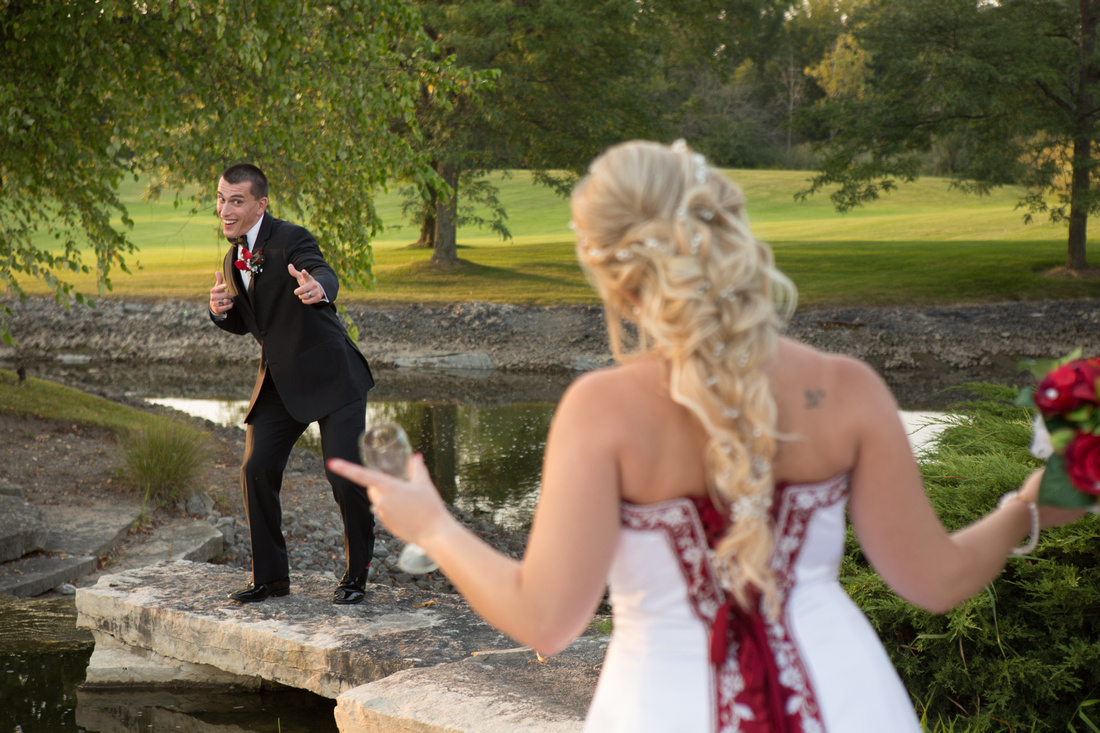 2 things you would keep 1 thing you would change?

Jeanna: One thing I would keep the same about my wedding that I absolutely loved is keeping our location and vendors. We had the best food, the best venue, DJ, all things I certainly would not change about our day.

Valen: Who was your DJ?

Jeanna: One thing I would probably go back on was I felt like I had to invite select people. I would have changed some of the people who we invited to our own wedding. There were some people who we wish we could have invited instead. Trust your instinct and invite truly the most special people in your lives, not anyone else's.

Robert: Just setting the ground rules, especially with parents. You're parents will want to be a big part of your wedding, and rightfully so, but you need to set the ground rules, that this Is my wedding without sounding too self centered about it. If your parents want to invite someone who met you when you were 2 months old, they might not be worth inviting if they are not very important in your life at 26 years old. We regret not inviting people who are very important in our lives and will be going forward, we regret it but there's no sense in going back on it now. 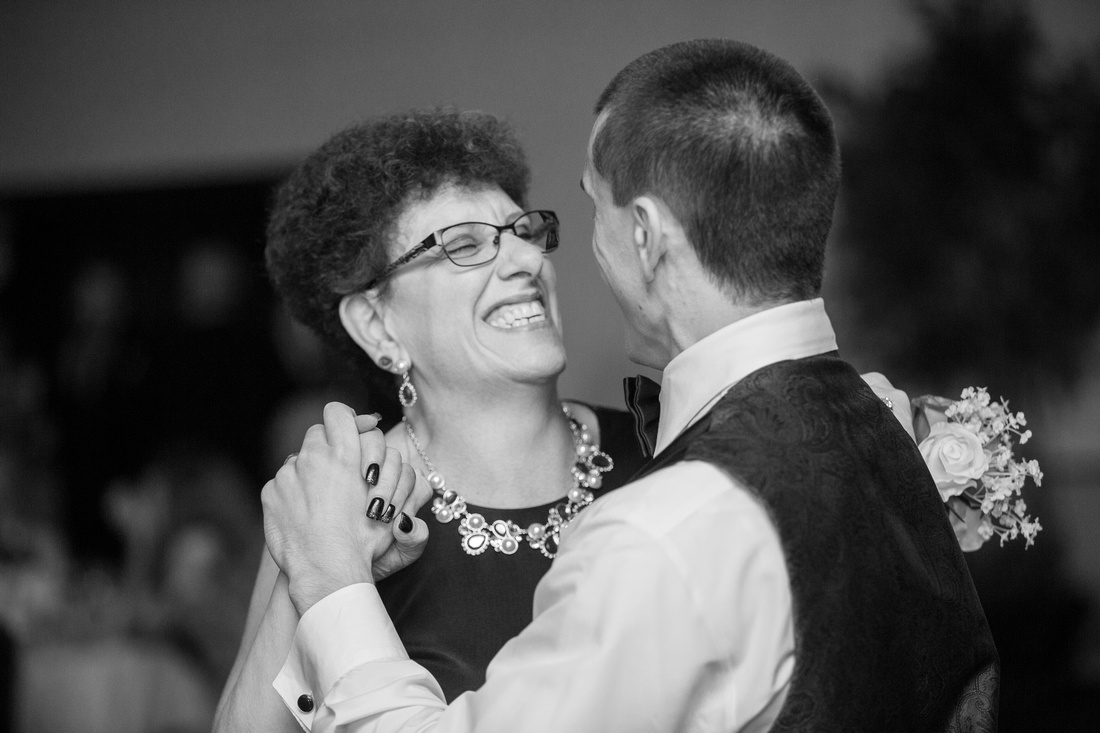 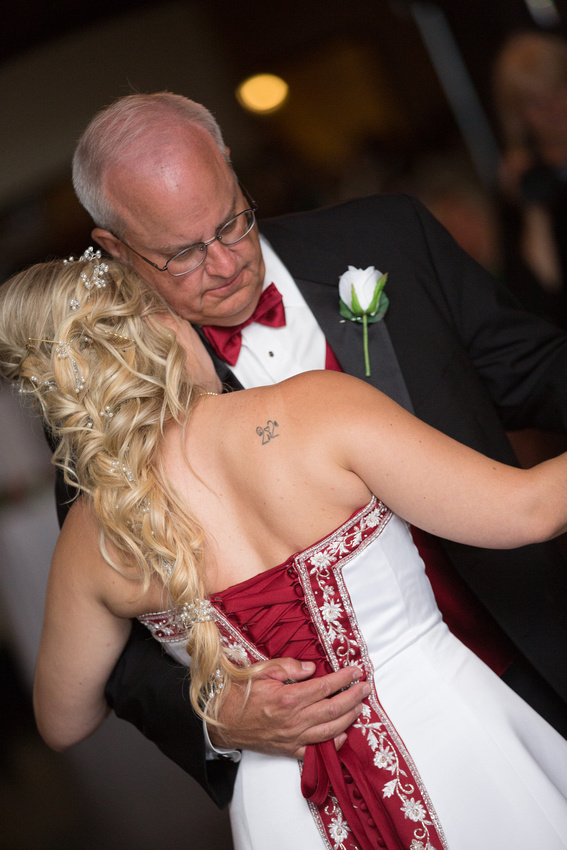 Robert: Valen has been the best photographers I have ever dealt with in my life, and I have a couple personal friends of mine who are photographers, and we considered them. But when it came to Valen it was the personal relationship they bring to you. They make you fell like family when they photograph you. They are respectful of your time and your budget. They want to make sure that it is feasible for them to have your business because they feel your business is like an extension of their family. When they bring you on they want you to be a part of their lives moving forward forever, and when you leave any type of session with them, you leave feeling like their family. My wife and I have felt that way since day 1. Since we walked in and had our first conversation with Steve, ad we have now used them for the 3 most important sessions of our lives. They'll make anything work and do an absolutely exceptional job doing so. 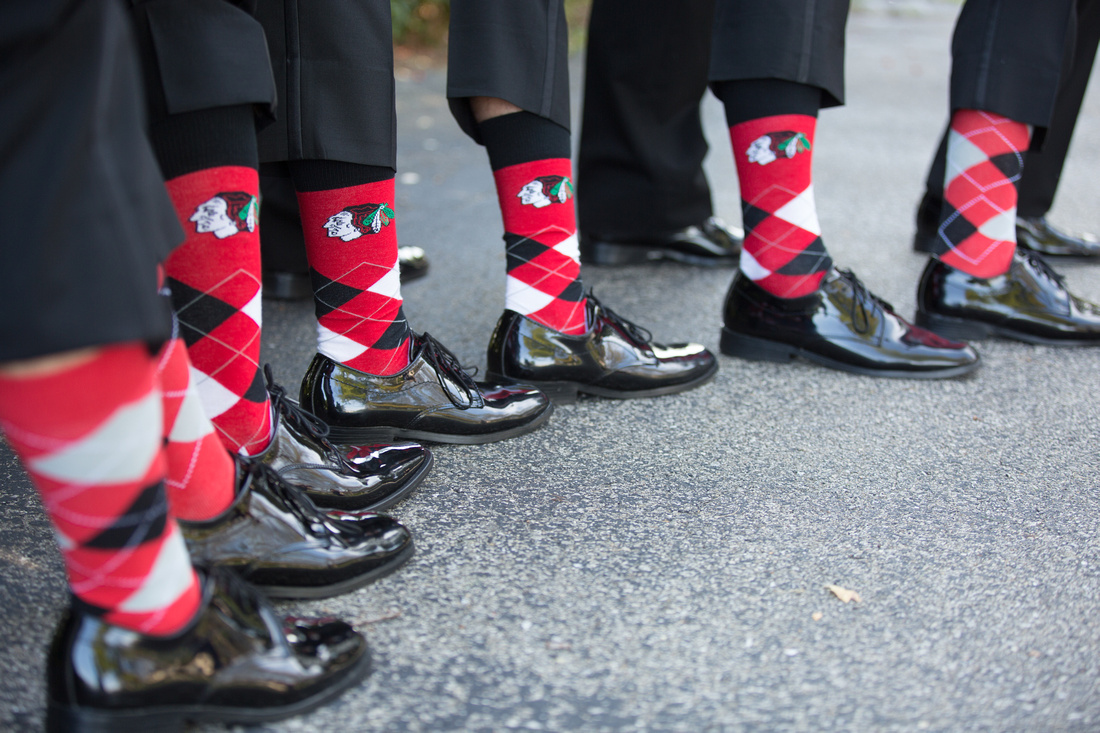 Jeanna: I think that Valen studios photos are just absolutely incredible, whether you pick them for your wedding day, a new born shoot, or any photo shoot, it is important to pick the best because you will treasure these photos for the rest of your life. On your wedding day you are surrounded with your closest friends and family, you never know when it will be your last moment with someone. Exactly 2 months after my wedding day my cousin passed away and she ironically was the one who caught my bouquet at the wedding. We have some of the best photographs with me hugging her after she caught it. Those photos will always be so so so important to me! If we didn't have the best photographer that is ready to take those amazing shots right away and make sure that they are great, I wouldn't have those memories. I think that it's super important to have a great photographer that not only has the best work but truly cares about you as a person and we definitely found that at Valen Studios.