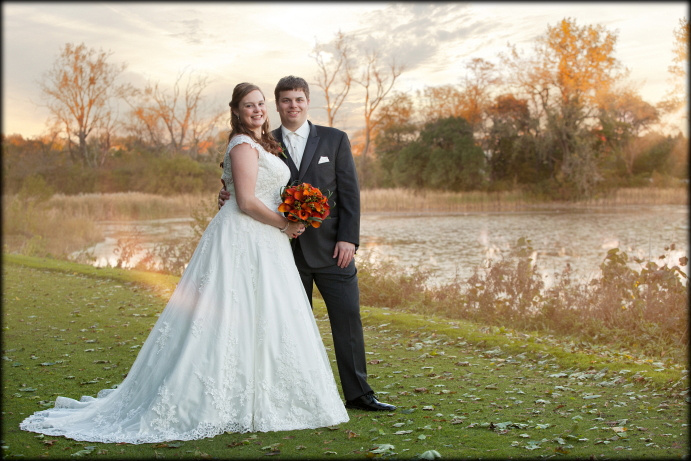 How did you two meet?

Eric: We actually met in high school. My sister started working for a special rec place for people with disabilities. I started working there as a summer camp counselor shortly after. That's  where we met Carly who also worked there. We got to know each other pretty good because we hung out with a core group of friends. We saw each other quite regularly but then we both went off to college. We talked frequently but every so often we'd visit here and there. We have a lot of similar interests and know some similar people and we also communicate well. Well that just turned into one of those things like "why not" so I asked her out and she said yes and the rest is history.....haha

What were some of your favorite pictures and why?

Carley: One of our favorite photos would be the wide bridge shot. When we went outside we knew that there was going to be some really cool areas to shoot. We were driving over this bridge to a cool location, Harper and Dean told us to stop and before we could turn around they were already chatting with excitement and setting up the shot. We thought this was an amazing space but we were unsure what their vision was. They encouraged us to look out in the distance. It's simplistic and shows the area we were at. To us it's just a really cool moment captured that wasn't planned. 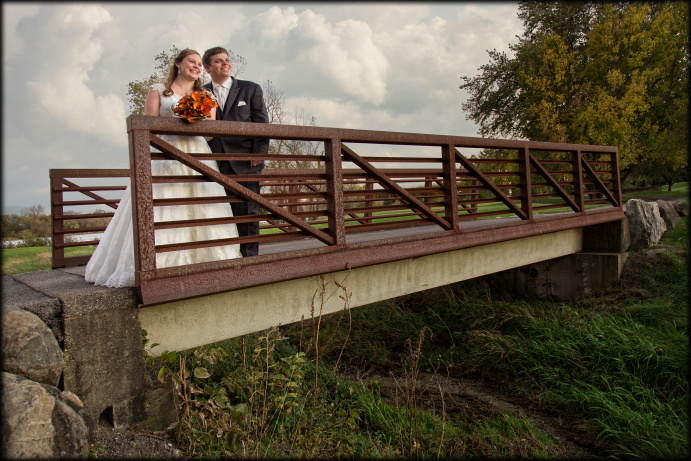 We definitely love the ones where we played this "5 second game." We also love the editing effects. We just loved the idea of the 5 second game, it's where we can be goofy and ourselves. It's a really fun experience and you get to look back at the images and think "what the heck were my friends thinking?" Makes you wonder... maybe we should choose better friends. HAHA! 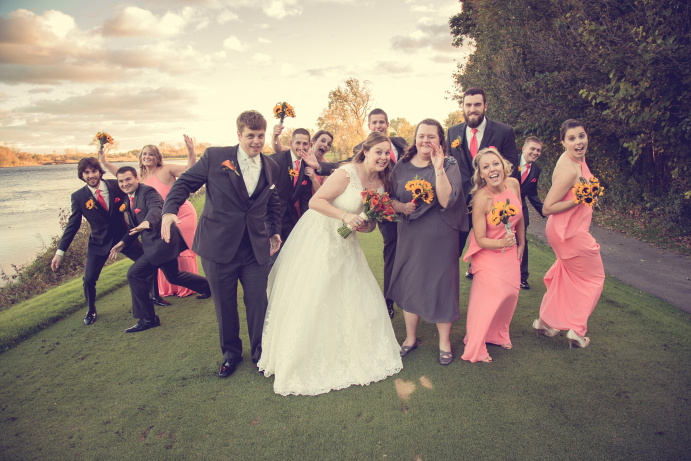 The Romantic shot on the bridge... it's a beautiful landscape out there and you can't tell that it was what like 15 degrees outside and snowing in October. I love how much those flowers pop and I love all the color and all the effects that are put into that photo. It's definitely one that you need to make sure it's on a canvas, hung up for public to see. I mean that one is by far one of favorite photos.

Eric: Another one is the "end of the night shot". The black and white one!  We got a couple different options, but the black and white one specifically, it's such a cool photo! You can see a lot of the people that are still there later in the night and it's just like a depth shot where there's a lot going on and you can pick out different people in the crowd. This is really cool too because it's got a romantic moment between me and Carly kissing and that you've got everybody else just kind of doing their thing in the background so this is a cool way to end the night with the photographers. 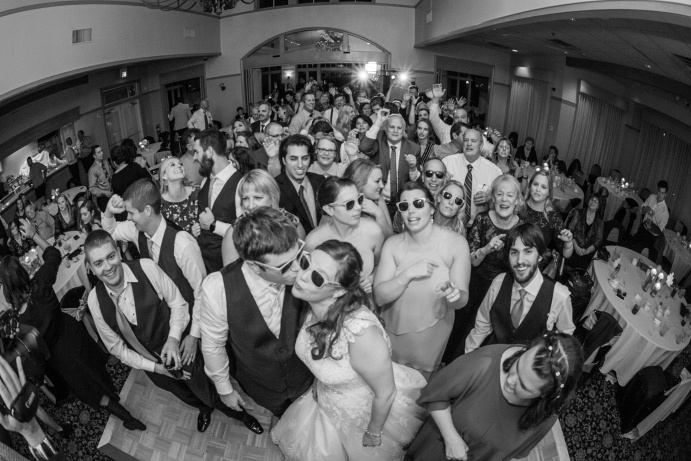 How did we make you feel special and why?

Eric: When we actually came in to meet with you for the first time we sat on the couch and you asked questions about who we were and what we like to do. We didn't even talk photography for like a half hour. It was more about getting to know us and actually getting a feel for each other before we went into you showing us what you do for photography. It was more of like a friendship than a business relationship. We met with other photographers, and they were all about business, "Here's our packages, what do you want us to do?" When we walked into Valen Studios, they were much more about the relationship. I feel if you have a great relationship with your photographer, the business will take care of itself. If you don't have that good relationship between each other then the photos will suffer. So much of the collaboration started from the very first visit. I think one really cool aspect was doing the engagement shoot as well, we got to meet the people that are going to be with us on our wedding day. We were able to have that connection before our big day so it wasn't just a random person like a big studio. 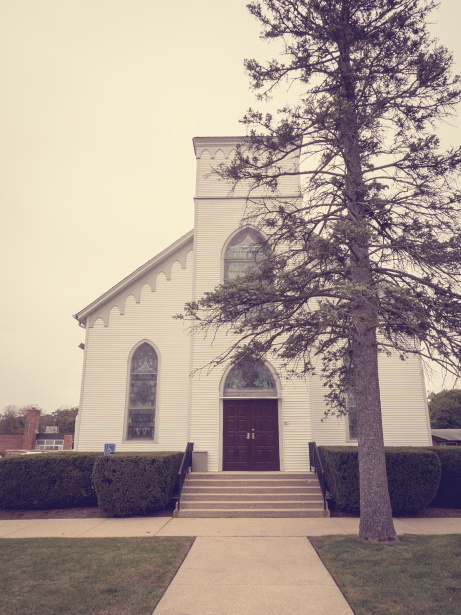 Carley: It was nice to walk into the church to the room where we were getting ready, and Harper was already there. Since I already had met her it wasn't awkward like "oh you're my photographer" I was like...EXCITED. It was so welcoming and really nice having that connection and relationship.

Two things you would keep from your wedding...

Carley: As a couple we like to put together some puzzles and we'll put them up on a wall like artwork pieces. We had a wooden puzzle piece guest book that had individual puzzle pieces in a bowl and that's what they would sign. We pieced it together and now that's something that we have that we can frame and put up on a wall somewhere. That is another thing that will last a lifetime from now and it's something that will be able to see the messages that people left for us on that day. I think that was a really cool idea to do something like that. 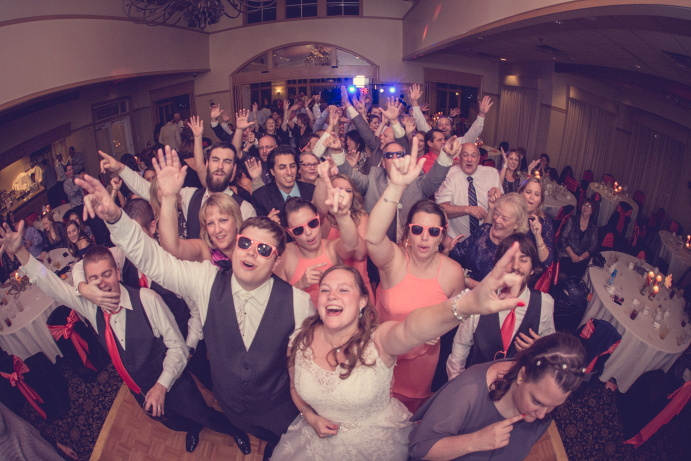 Eric: I would keep our DJ, DJ Nate from "enchanted evening". www.anenchantedevening.com/ The music was constantly changing but there was never a time that the dance floor was empty. At 11:30 when the event was over there were still 200 people on the dance floor, I'm like sorry I people you gotta go! That's a good problem to have.

Carley; We'd keep the venue, we did it at White Deer Run golf course in Vernon Hills, IL. https://www.whitedeergolf.com/wedding-venue/
It had the atmosphere we wanted with some greenery behind us.  We didn't want to be in like a strip mall setting or something like that. The staff there, the food, everybody raved about the food portion size and quality. We looked at several venues and are very happy with the one we picked.

One thing you'd do differently on your wedding day...

Eric: I think one thing I would change would be my lack of paying attention to time lines before the wedding day. When I booked our shuttle from the church to our venue I knew we had X amount of hours and if we went past that we're talking about hundreds of dollars in late fees for 15 minutes. I kinda felt like this should all work out, but then you get in the moment and you actually feel rushed to get family pictures done before the shuttle needs to leave. I wanted to be able to remember who was there, through those special photos, so it really does help to write down what specific photos you want ahead of time and give that to your photographers, like we did. But even after all that, so many family members want unique family pictures as well and this adds so much unexpected time. Had I personally prepared for this, I would have had the shuttle stay longer in my contract. After we signed it, the late fees were WAY more than the original contracted price. So my advice is get an agreement with your transportation with a hour buffer built in for delays that you can't predict.

Carley: Something I wouldn't change but take into consideration that no one really told me is my dress choice. I loved my dress but it was heavy. My mom said, "didn't you know that when you were trying it on?" I wasn't thinking it was heavy at the time, but you are going to be wearing it for 7 hours. Later in the day I'm standing at the altar and I'm like oh my gosh I'm sweating... it's heavy. I definitely loved it but no one tells you to think about these things. Even sitting down for dinner I took up two chairs because it was poofy. I loved it but just looking back I would have liked taking that into consideration.

Eric: I would definitely say to all the other grooms thinking about the wedding process that photos are such a huge aspect. The personalities at Valen, Dean specifically who was our shooter, was just like one of the guys, it didn't feel like there was this wedding professional that was with us that's doing this for a job. It felt more like a friend who happens to have a camera. Steve the owner and his crew are so incredibly friendly that it made our wedding day better. Set up a time to meet with them and I have a good feeling you'll feel the same way. Valen was the second photographer we looked at, and everyone we met after that just couldn't compare to the quality and friendliness so we knew it was a pretty easy decision once we left.

Special note from the owner Steve,

I have shot several wedding at White Deer Run and I can speak from experience that I love this place! The staff and grounds are amazing! Schedule a tour and ask to see our photo album they have there for you to see what the place looks like start to finish. 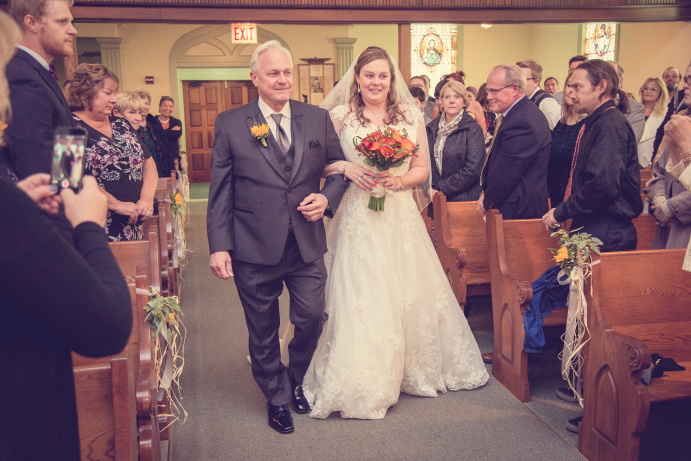 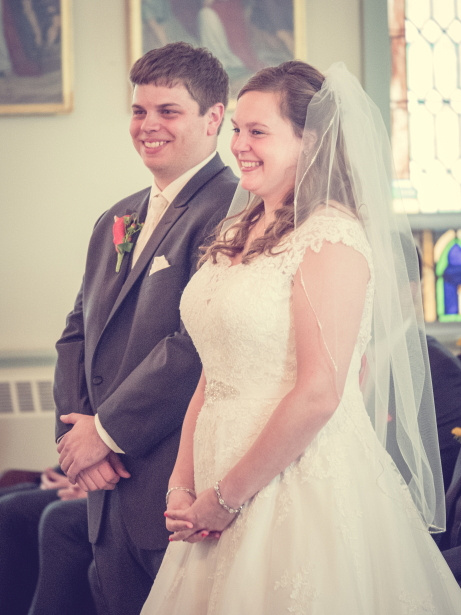 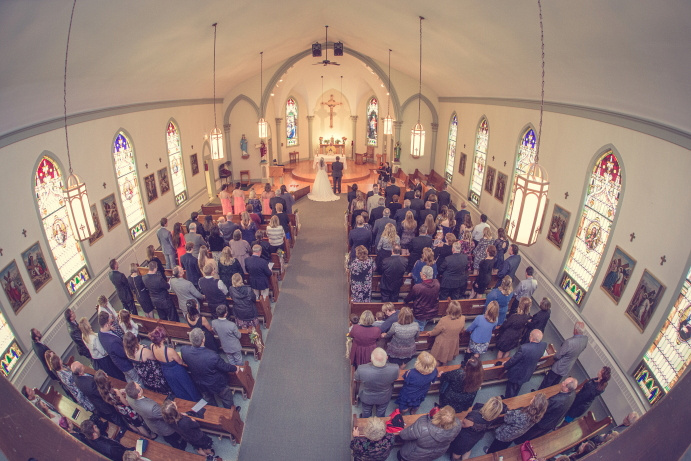 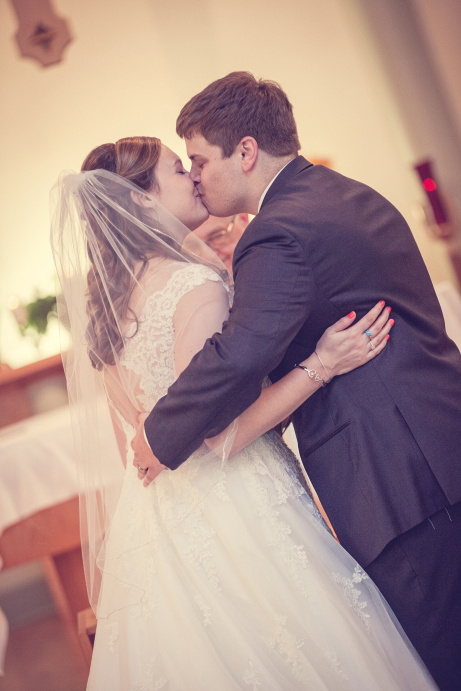